The 2019 Ovaltine Suva Business House Futsal Soccer League  is all set to end on a high note following the presence of the Minister for Health and Medical Services Honourable Dr Ifereimi Waqainabete who will officially open the games tomorrow (Saturday, June 8) at the National Hockey Centre in Laucala Bay, Suva. 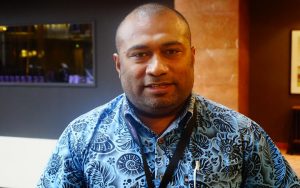 “The presence of Honourable Dr Ifereimi Waqainabete blends well with our theme for the year – ‘A Fight Against NCDs’, as our aim is to promote healthy living and active lifestyle through sports,” tournament organiser Alan Kumar of Bula Events Group said.

After sixteen-weeks of exciting games, the 2019 Ovaltine Suva Business House Futsal Soccer League has entered into the finals which will be played in five different categories – bowls, trophy, shield, plate and main cup.

While the winner from the main cup final against Holiday Inn and Pacific Customs Limited (PCL) will be declared the overall winner of the series, other categories have been included by the tournament organisers to keep the games exciting with maximum participation from teams, management and fans accordingly. 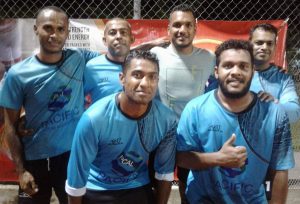 “The venue and teams are ready roll and fans can anticipate tensed and entertaining games. We are urging Futsal lovers to come out in numbers and witness some exciting clashes,” Kumar added.

“Plans and detail for the next business house will be announced during the closing ceremony and some exciting news for Futsal players.”

Mr Kumar said every team that took part in the Ovaltine Suva Business House Futsal Soccer League will be honoured and special awards are at stake.

“It has been an amazing journey. We can obviously say there’s a lot of talents out there in the sport and the future of soccer and Futsal look very bright.

“Major thanks to Ovaltine for the timely sponsorship as it provided a major boost for the tournament.  We hope to come back bigger and better for the next leg.”

The formal programme of the finals starts from 7pm at the National Hockey Centre in Laucala Bay on Saturday, June 8.