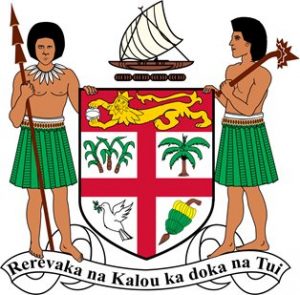 Pacific Islanders and climate-vulnerable people the world over will welcome our collective declarations at the end of the 50th Pacific Islands Forum in Tuvalu on the urgent need for the world to step up its response to the climate threat.

There is no doubt that holding our gathering in one of the Pacific atoll nations whose very existence is threatened has focussed the minds of our leaders on the scale of the disaster we face if the world fails to rise to this challenge.

Fiji welcomes the commitment by all PIF members to cap global warming at no more than 1.5 degrees Celsius above that of the pre-industrial age. This was the cornerstone of our Suva Declaration five years ago that was subsequently endorsed by the world’s scientists on the IPCC – the Intergovernmental Panel on Climate Change.

Fiji also welcomes the commitment by all members to take whatever steps they determine necessary to reduce greenhouse gas emissions and achieve net zero emissions by 2050, which is the only way to remain within the 1.5 degree threshold. As we have made clear, 1.5 is non-negotiable for Pacific Island countries. And we will resist all attempts to derail it in global forums.

While there has been a great deal of agreement in Funafuti, it is clear that there are differences of opinion, emphasis and approach between the island nations and New Zealand, on the one hand, and Australia on the other.

Some of these differences inevitably weaken the strength of our collective position on the climate threat and it is disappointing that we could not achieve a unanimous consensus. But I will continue to positively engage with our Australian friends and try to persuade them to make a more rapid transition from coal to energy sources that do not contribute to climate change.

I look forward to my first official visit to Australia next month and to seeing, at first hand, some of the advances Australia is making in its energy transformation and renewable energy development.

In the Kainaki II Declaration, we now have a call to action from the Pacific that we will take to the United Nations Secretary General’s Climate Action Summit in New York next month and COP25 in Santiago, Chile, in December.