While the North Korea-U.S. Summit, running from 27th to 28th February in Hanoi, Vietnam, ended up only remaining “the willingness of the continuous dialogue” and “optimistic perspective on the friendly relation”, 17,000 youth in South Korea, born of the very war-torn nation, gathered to continue the peace work for inter-Korean reconciliation.

On March 1st, International Peace Youth Group (IPYG), headquartered in South Korea, leading the peace activities in association with 851 organizations in 111 countries worldwide, held an event called <North and South, Let’s Be “Us” Again>. With the slogan of “Voice of youth and civil society to get ready for the peaceful reunification”, the participants throughout the country carried out various performances such as a mass game and parade to show their wishes for a unified one country. 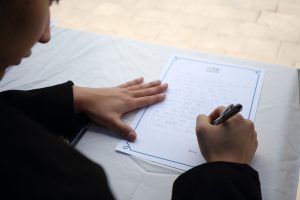 Participated in the Peace Letter Campaign

“Peace on the Korean peninsula has an absolute goal, which is “reunification”, for both Koreas. While denuclearization is the urgent task of resolving the current global security issue, the reunification of the Korean peninsula by the realization of self-determination that the international community pursues will be an important milestone in achieving permanent peace and stability not only in the South and North but also in the world,” said Mr. Chung Young-Min, the General Director of IPYG.

Furthermore, the “Peace Letter Campaign” with young people’s aspirations for peace continued. It is a youth-led campaign to write letters to the head of each state in writing about the establishment of a legal framework to prevent any armed conflicts and the need for peace education and culture to realize sustainable peace. The spirit of this campaign is based on the values written in the Declaration of Peace and Cessation of War (DPCW). 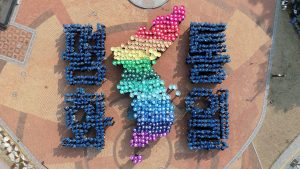 DPCW, drafted by 21 international law experts, is composed of 10 articles and 38 clauses including the prohibition of the use of force, friendly relations, dispute settlement, and spreading a culture of peace. Currently, the international community such as Central American Parliament, Pan-African Parliament (PAP) under the African Union (AU), and International Centre for Black Sea-Baltic Studies and Consensus Practices (Centre for BBS) of former heads of state in Eastern Europe has gathered support for developing the declaration as a legally binding document.

According to the IPYG official, a video letter will be delivered to the head of each state in order to urge their response to the letters written by about 1 million people in 176 countries. In addition, they’re planning to hold this “Peace Letter Campaign” simultaneously over the world in association with not only young people but also government officials and civil society leaders on March 14, the 3rd Annual Commemoration of the DPCW.