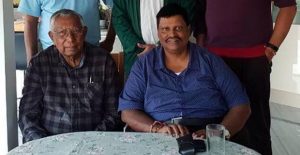 TISI Sangam says the call by the Catholic Church needs to be listened to as there are others making the same call including TISI Sangam Fiji.

TISI Sangam Fiji President Sadasivan Naicker says as a multi‑faith based and socio‑educational, cultural and religious organization, TISI Sangam fully supports the Catholic Church in its call for Catholics to be appointed as the heads of their schools.

Naicker says TISI Sangam has operated as a socio‑educational, cultural and religious organization since 1926.

He says today, provision of education remains their core occupation and they currently own and manage numerous pre‑school centres, 21 primary, 5 High schools and a Tertiary Institution‑the Sangam College for Nursing.

Naicker says while their schools are open to students of all religious faiths and backgrounds, maintaining the identity and ethos of the visions of Sadhu Kuppuswamy and Sangam is a defining feature of their schools.

He says TISI Sangam has always maintained that consultation by the Ministry of Education with the school management on Heads of Schools is important to promote the educational vision for Fiji.

Naicker says Heads of Schools appointed to community operated schools need to be familiar or well versed with the foundation values and vision of the schools.

TISI Sangam says it is calling on the Ministry of Education to consult the controlling authorities of the schools before appointing and finalizing the position of school heads.

When asked on whether they only want TISI Sangam heads of schools for their schools, Naicker says they want the Ministry to come and consult with them first before they make any appointments for their schools.